Diseases To Be Aware Of In The Outdoors

Outdoor activities are a great way to get in touch with nature and enjoy the fresh air. Unfortunately, they can also expose you to diseases that might not be present in your everyday life. This article will go over some of these diseases and how they affect the body. We’ll also give some tips on what precautions you can take against them!

Touching a sick rabbit exposes you to the bacteria that causes the illness. Not only a rabbit can carry the disease, but other wild animals as well. Even a tick bite can expose you to the disease. If a rabbit or another animal appears lethargic or sick, avoid touching it. If you have touched an animal that may be sick, wash your hands thoroughly with soap and water.

Symptoms of rabbit fever usually don’t show up until about two weeks after exposure and can include a high fever, chills, headache, muscle aches, and nausea. There is no specific treatment for rabbit fever, so it’s important to see your doctor if you think you may have been exposed!

Giardiasis can be picked up from drinking contaminated water. This disease is also known as “beaver fever” since it’s common in areas where beavers live. Never drink from a stream or river without boiling it first.

Symptoms usually appear about one to three weeks after exposure and include diarrhea, stomach cramps, bloating, nausea/vomiting, and fever. If untreated, the illness can last up to six months, so see your doctor for treatment! Metronidazole and Tinidazole are both effective treatments for Giardiasis.

Hantavirus is a rare disease that can be fatal. It’s spread through contact with infected rodents or their droppings. Since the name sounds like “hand to mouth,” many people think you get it from touching an infected animal and then your hand to your face, but this isn’t true. You actually have to breathe in dried rodent urine, saliva, or droppings for the virus to enter your body!

Symptoms usually don’t show up until about two weeks after exposure and include fever/chills, muscle aches, headache, nausea/vomiting, diarrhea, fatigue. If not treated early enough, Hantavirus can progress into severe difficulty breathing, so if any of these symptoms appear, see a doctor immediately!

Yes, this disease still exists today. Although it’s not very common in the United States, most cases occur in rural areas of New Mexico, Arizona, Colorado, California, and Oregon. The plague is transmitted through infected fleas which typically bite rodents like mice or rats but will also bite humans if there is no other prey around. This means that camping near rodent nests puts you at risk of contracting the disease!

Symptoms usually appear two to six days after exposure and include fever/chills (which might be confused with flu symptoms), severe headache, muscle aches. Catching the plague early enough is crucial as treatment within 24 hours provides a good chance of recovery while waiting longer could lead to death, so see your doctor immediately if you think you might have been exposed!

Valley fever is a fungal infection that can cause flu-like symptoms. It’s most common in the southwest United States and northern Mexico, but it has been found in other parts of the world as well. You can get Valley Fever by breathing in or swallowing fungus from soil, dirt, or dust, which has become airborne after disturbance (similar to how we could get Hantavirus).

Babesiosis is a malaria-like illness caused by a parasite found in red blood cells. It’s transmitted through the bite of an infected tick and is most common in the northeast and upper midwest United States.

Symptoms usually don’t show up until about one to two months after exposure and can include fever, chills, sweats, fatigue, body aches/pains, headache. If left untreated Babesiosis can progress into organ failure, so if you develop any of these symptoms, see your doctor as soon as possible! 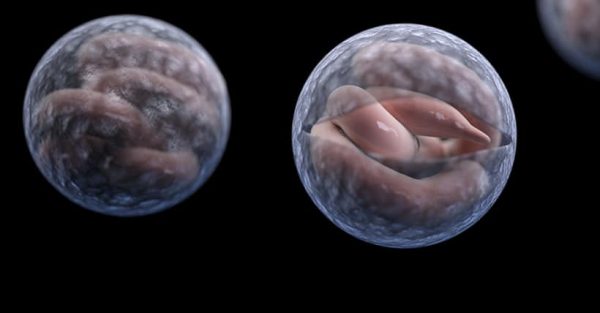 Cryptosporidiosis is a water-borne illness that can be picked up from swimming in contaminated pools, lakes, rivers, ponds, and streams. It’s caused by a parasite found in the fecal matter so always avoid going into bodies of freshwater near areas where livestock live or have recently been as the parasite could still be present even if no animals are visibly sick!

Symptoms usually appear two to ten days after exposure and include diarrhea (sudden explosive bowel movements), stomach cramps/crushing feeling when you urinate, nausea/vomiting. If untreated Cryptosporidiosis can last for months but early diagnosis and treatment with antibiotics should reduce symptoms within several days.

Blastomycosis is a fungal infection that can be contracted from breathing in spores of the fungus Blastomyces dermatitidis. It’s most commonly found in the midwest and the southeastern United States but has been reported in other parts of the world as well. People typically get Blastomycosis by coming into contact with soil, water, or plants that have been contaminated with the fungus.

Symptoms usually don’t show up until about one to two months after exposure and can include fever, chest pain, cough (which might be mistaken for bronchitis), shortness of breath, night sweats, weight loss. If not treated early enough, Blastomycosis can progress into serious health problems, so it’s important to see your doctor if you think you might be at risk. 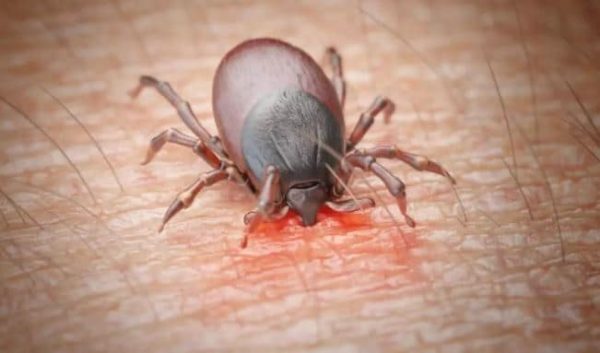 Symptoms of Lyme disease typically begin to appear about one month after exposure and can include fatigue, chills/sweats (might feel like the flu), muscle aches/pains, fever, joint pain (which might be tough to distinguish from arthritis).

Since some people experience no symptoms at all, it’s important for everyone who spends time outdoors in an area where ticks are commonly found to check themselves afterward for signs of a bite! If left untreated Lyme disease can spread to joints and the heart so see your doctor as soon as possible if you suspect that’s what you’ve got.

There are lots of diseases out there that we need to be aware of when spending time outdoors, but by being informed and taking a few precautions, we can reduce our risk of exposure. If you develop any flu-like symptoms after being outdoors, it’s important to see your doctor as soon as possible so they can properly diagnose and treat the illness. Stay safe and enjoy the great outdoors!

We use cookies on our website to give you the most relevant experience by remembering your preferences and repeat visits. By clicking “Accept” or continued use of site, you consent to the use of all cookies. Read More
Do not sell my personal information.
Cookie SettingsACCEPT and CLOSE
Manage consent

This website uses cookies to improve your experience while you navigate through the website. Out of these, the cookies that are categorized as necessary are stored on your browser as they are essential for the working of basic functionalities of the website. We also use third-party cookies that help us analyze and understand how you use this website. These cookies will be stored in your browser only with your consent. You also have the option to opt-out of these cookies. But opting out of some of these cookies may affect your browsing experience.
Necessary Always Enabled
Necessary cookies are absolutely essential for the website to function properly. These cookies ensure basic functionalities and security features of the website, anonymously.
Functional
Functional cookies help to perform certain functionalities like sharing the content of the website on social media platforms, collect feedbacks, and other third-party features.
Performance
Performance cookies are used to understand and analyze the key performance indexes of the website which helps in delivering a better user experience for the visitors.
Analytics
Analytical cookies are used to understand how visitors interact with the website. These cookies help provide information on metrics the number of visitors, bounce rate, traffic source, etc.
Advertisement
Advertisement cookies are used to provide visitors with relevant ads and marketing campaigns. These cookies track visitors across websites and collect information to provide customized ads.
Others
Other uncategorized cookies are those that are being analyzed and have not been classified into a category as yet.
SAVE & ACCEPT